Fine-artist Louis Kok was born in Pretoria, South Africa in 1970 and matriculated from Wonderboom Hoërskool in 1988.

He has always been creative and from a very young age showed a passion for drawing and painting. However, as his school was unable to offer art as a subject, he took up woodworking and there he was able to find an outlet for his creative drive. 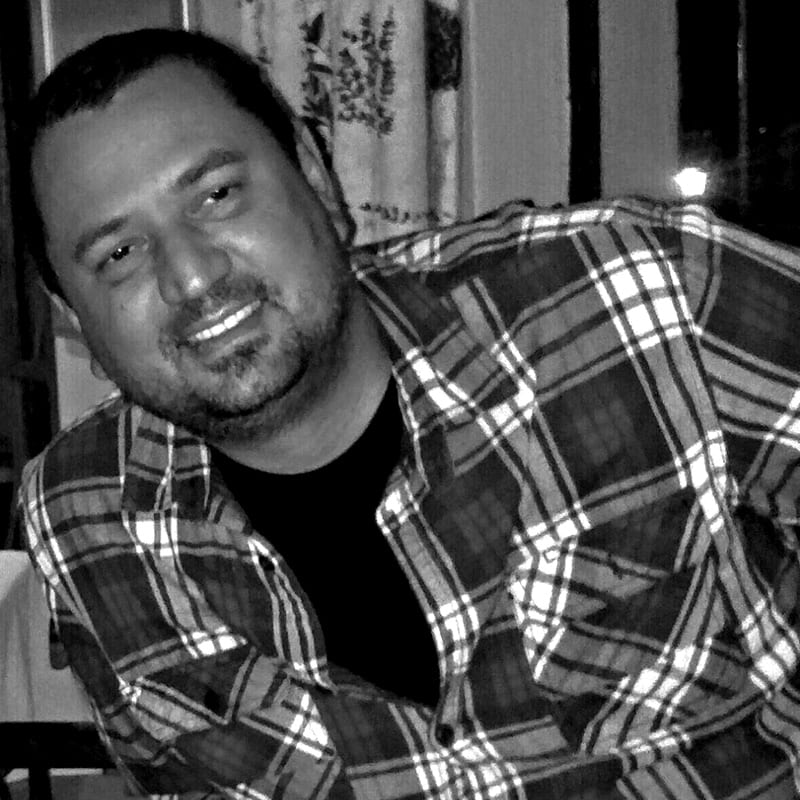 The path to fully express his creativity was not an easy one. Louis’ father, a strong influence in his life, was firmly against the idea of art being a career path for his son. Like so many other young gay people, Louis suppressed his true self to conform to prevailing perceptions and protect his relationship with his family. However, he finally “came out” during his tough time in the conservative and repressive environment of his compulsory military service which led to severe mental and physical abuse in the military. This gave him the courage to also express his feelings and emotions in pursuing his passion for art, simultaneously, surprisingly, finding much support from family in doing so.

In 1993 he enrolled for a Fine Art Diploma at the Tshwane University of Technology, graduating in 1996. On completion of his studies he chose to open his own graphics and multi-media company. His true passion, though, for fine arts was only realised in 2012, when he made yet another courageous step and decided to become a full-time artist. Seeking help and advice from various galleries, he quickly became part of the Pretoria art scene, taking part in many group and solo exhibitions.

His earliest influences came from his other passions, i.e. cooking, as well as his interest in theatre and theatre props. He found that the principles of layering of flavours in cooking is much like the layering of ideas and techniques in creating art, and it is what makes the result more interesting.

As a young adult Louis got involved in theatre and was more interested in the props department. The love of making things with his hands had become part of his artist’s’ journey, not just creating art but the physicality of creating. Louis enjoys creating works with the same physical input as when one builds props. Many of his works involve carving out or building up surfaces or even drilling into surfaces.

Louis has a need to constantly research and experiment with various mediums and combining these mediums to create interesting layers and contrast and through his personal life experiences and all of the trials and tribulations he has created his own language in narrative imagery.

Louis focus has always been on the process or the journey of his life and art. He thrives on the process of creativity and he always strives for quality finished work; it is in the technical processes that he finds real joy creating art which has meaning and appreciation to the viewer. Learning to express himself through new techniques or combing and layering techniques in innovative ways is a goal which he vigorously pursues.